Use W,A,S,D to move. Press J key to Attack. Press K key to Jump. Press L key to use item. Press P key to pause the game. For more instructions look in the game.

How to play Blazing Elves 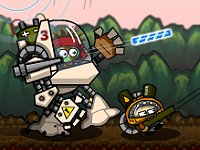 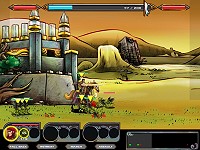 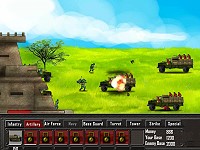 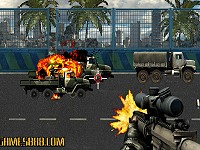 The Most Wanted Bandito
As a bandit in the Wild West get on your horse, jump over obstacles, collect money for upgrades and... 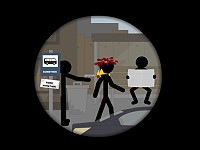 Professional Sniper 2
As a sniper killer read your missions carefully and use the scope to zoom in and take the target out... 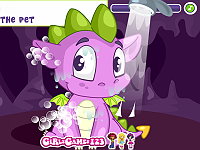 Dragon Care
It's your first day of magical pet grooming school. Your job is to visit magical pets and groom them... 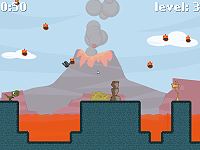 Save The Dino
In Save the dino you have to help a little dinosaur to staying alive. 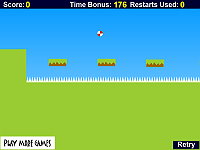 Z-ball
Keep the ball moving with enough bounce to get passed all the obstacles. You can't jump so hurry! 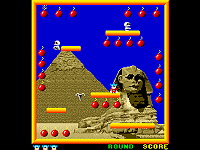 Bomb Jack 1.5
Jump up and down the platforms to collect the bombs while avoiding the enemies. Remember if you touc...

Laila Office Worker
Laila is an office worker and she is tired to deal with papers and emails all the day. Help her to c...

Pixlander II - Infinilander
Carefully give your space probe thrust as you grab gems, and land safely on landing pads. 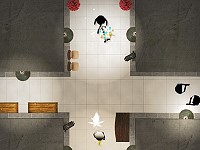 Black IV
As a black operative you're hired by the government to clean the area filled with hostiles. Go throu...

Fluffy Runner
The heavy rain dragged you to the other side of the lake! Jump, run and collect fresh fruits along y...

Breakfast Time
Serve the children a delicious healthy nutritious breakfast fast and make sure not to mix up the ord... 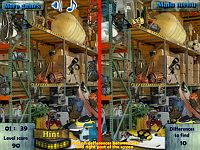 Sea Gems of Neptune
You should find differences between two pictures in the first level; you have a list of the hidden o... 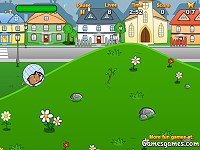 Downhill Hamsterball
This hamster is loose and ready to go on a rollicking roll to the finish line! 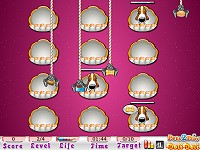 Feed The Pet
This cute little puppy is very very hungry. He may have a cute funny face that looks so adorable eve... 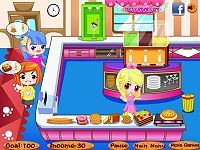 Bakery House
The Busy Bakery House is a fun game in which you will be controlling an entire shop, every time a cu... 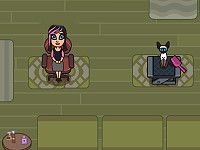 Pet Shop - Puppy and Kitty
This game is for those who love animals! Operate a Pet Shop and pamper your adorable customers bein...

Dog Mahjong
Play Mahjong with dog breeds on the tiles. Match two identical tiles that are free from at least one... 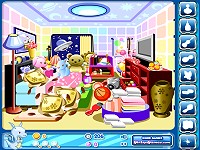 Hidden Pocket Creature
Find all the listed items in the scene before the timer runs out!

Skiing Girl Monica
The first time Monica went out skiing, she couldn't help but be a little too nervous for her to real... 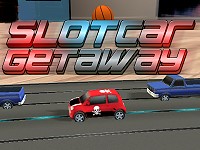 Slotcar Getaway
Drive a slot car in the most challenging tracks, collect all coins on your way while avoiding the ot... 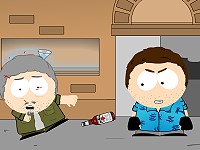 Ray Part 1
Be Ray and choose your own fate and every decision has its distinctive number and its consequences.... 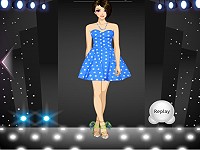 The Most Beautiful Shoes
Makeover this beautiful girl, give her the most amazing make up, dress her up in the most fashionabl... 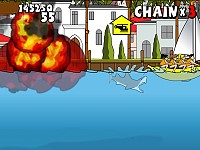 Miami Shark
Control a shark and bring chaos in Miami beach. Dive deep and then come up with force to create dest... 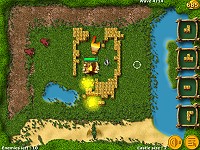 Palladium Castle
Walls can only keep out so many mythical monsters—for the rest, you're gonna need some firepower of...

Sky Nails
The skies are always shifting their weather, but they always hold beautiful scenic colors. Paint you... 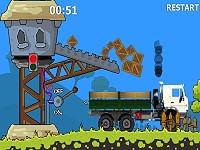 Kamaz Delivery 3
Drive your truck in the country and go up and down the hills trying not to drop off your cargo and r...

The Britney Apocalypse
Britney doesn't know the meaning of the word, "quit." She's constantly reinventing herself, and she... 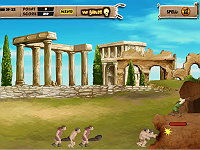 Age of Defense 8
Defend your base from the enemy attack by using more than 50 weapons, special effects and spells! U...

Mega Doyu Golf
Mega Doyu Golf is here for the fans of mini-golf games! Can you complete all the 12 holes available? 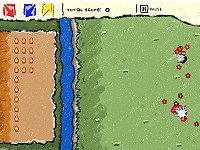 Tarnation
Tars made by bugs attack your garden's water supply. You need to defend it by sending seeds to attac...
Top 12
Popular